What is Systems Biology?

Systems biology is an important new paradigm in biological research.

It is the study of genes and proteins as a series of interconnected networks, pathways and systems.

The field has arisen due to massive developments in genomics and proteomics, allowing researchers to analyse hundreds to thousands of genes and proteins in a single experiment. This has shifted the focus of biology from a science where one protein is studied at one time to that where researchers can seek to study all proteins at once. It is the antithesis of reductionist biology.

Systems biology is generating a holistic understanding of how organisms respond at a molecular level to change, be it in response to environmental challenge, disease or aging. 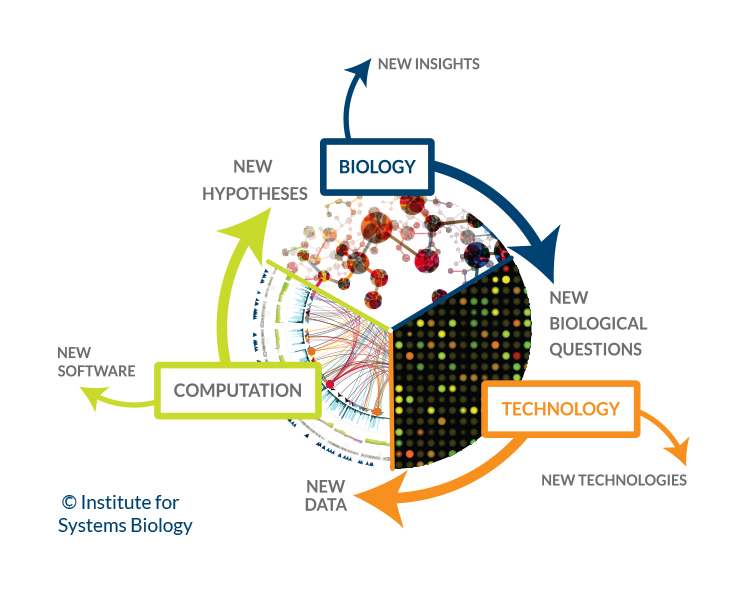 The science of systems biology brings together biologists, geneticists, mathematicians, bioinformaticians and statisticians to analyse and understand the complexities of living things. It is an area which is information rich and highly complex. It requires multidisciplinary teams and advanced information technology.

Systems biology experiments involve the use of high-throughput platform technologies, most commonly those of genomics and proteomics, to generate large amounts of molecular information about a biological system. These experiments may, for example, measure the expression levels of all known genes from a large number of diseased and normal patients. Information is compared and interpreted in the context of existing metabolic pathways and protein interaction networks. Information is also used to elucidate hitherto unknown features of pathways and networks.

There have previously been no large-scale investments in Systems Biology in Australia. Moreover, there has been no consolidated effort in New South Wales or Australia more broadly, to advance the technologies and practices associated with Systems Biology.

The SBI is the first research initiative in molecular systems biology in Australia.